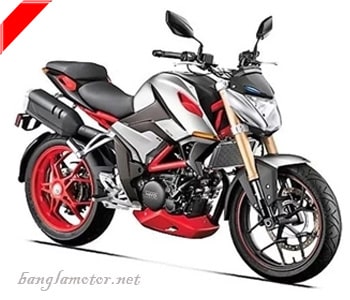 In our world, heroes are defined as those who we admire because they fight for us. It is said that heroes are born, not made. And it could be argued by some that if we do not know how to be a hero, we could not possibly be one. We all have certain qualities in us that makes us exceptional. And we have been taught since childhood that these are the qualities we need to be a hero.

A hero is either a natural or a superhuman being who, in the face of adversity, compels strength, courage or ingenuity through deeds of extraordinary courage, ingenuity or strength. As for the term hero, it can mean almost anything. A hero could be a son, a daughter, a friend, a husband, an enemy or just about anybody who exemplifies greatness in his given field. However, like many other often gender-specific words, the hero is usually used to describe any gender, although hero specifically refers to any male. In general, however, hero means “a superior individual with special qualities or abilities.”

So, what makes a hero? There are many different answers to this question, but most agree on one thing: a true hero is always prepared to take personal risk. This does not mean he has to die a glorious death, but he is ready to put himself in grave danger. Most importantly, however, a true hero believes that he is worth risking his life.

Another key characteristic of a true hero is his or her ability to put oneself in the shoes of others. Since heroism involves risking one’s life for others, true heroes learn to be empathetic to others and seek out the suffering and troubles of others before themselves. In the book A Greater Commonness, author Ali Abu-Lughod highlights several qualities that most people lack, and suggests that by developing and improving them we can all become more heroic. These include being a “good listener,” “fair and reasonable,” and being “open and honest.”

Finally, heroes are said to be the protectors and caretakers of those they love. In fact, the greatest heroes seem to spend more time protecting others than trying to save themselves. When asked what they would do if they had an enemy who wanted to kill them, most people would respond by saying that they would fight back to defend their principal character and loved ones. However, few would admit to trying to save themselves, let alone their loved ones. According to the same author, the real hero is the person who “put themselves in a situation in which he must fight back to defend the principal and the values he believes in.” This person is the true hero.

To summarize, heroes act heroically in response to an emergency, a necessity, or a challenge that would otherwise bring harm to others. Although some will argue that there are heroic acts that occur without any cause at all, it is important to remember that those are exceptions, rather than rules. All humans experience pain and loss, and though some may choose to ignore such things, the truth is that all of us react to challenges in our lives in different ways.